Let’s find out things to do in Rhodes. Rhodes Town dates back to 408 BC and is located on the northern end of the Dodecanese’s Rhodes Island. The town is a wonderful blend of modern and ancient with two distinctive halves. This is what makes it considered as one of the most beautiful cities in the world.

If you’re planning on visiting Rhodes or you’re already on the island there some places of great historical importance that you should see. 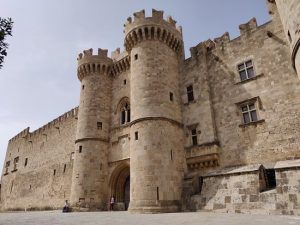 Palace of the Grand Master of the Knights of Rhodes

Starting from the center of the city, walk through the small alleys of the Old Town and move towards the Palace of the Grand Master. Take a walk through the palace rooms where you’ll be transported in a different era of royalty. The Palace of the Grand Master perched on top of Street of the Knights is a gigantic stronghold with a triple circuit of walls defending it sitting in Old Town’s highest point. This was erected on the location of the older Byzantine fortress (7th century AD) and was constructed by Knights Hospitaller or Knights of St. John (at the beginning of the 14th century), the Catholic military order that was the ruler of island from years 1309 to 1522.

Once you’ve seen the Palace, there is a pebbled street called ‘the Street of the Knights’, where all seven inns of the knights are located. Each inn has a flag on top that represents the country the knights came from during the medieval ages. All inns are still functioning and are used to host cultural events. 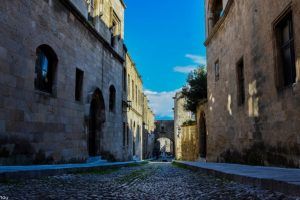 The Street of the Knights

At the end of the road and on the right side there is the Archaeological Museum which used to be the Knight’s Hospital. With a gorgeous courtyard garden filled with scented herbs on the front, the edifice serves as the home of the archeological museum of the city. This is where you can see displays of the archeological site finds from all over the island, such as urns, marble statues, stunning mosaics, and funerary stele.

Roloi clock tower: The clocktower is a byzantine structure that was originally built at the end of the 7th. century, and has undergone several rebirth since. It now is a functioning piece of our history where you can enjoy the beautiful views of Rhodes and Old Town. An explosion in 1856 damaged it and it was rebuilt afterwards with Baroque touches.

One of the things to do in Rhodes is to visit the small Harbor of Mandraki, which works as a marina for boats that offer a variety of activities. The entrance of the Harbor has two columns on which are a stag and a doe. According to legend, this is where once the Colossus of Rhodes (one of the Seven Wonders) used to be. Colossus, symbolized the sun God, Helios.

On the other side, is the fort of St. Nicholas that was protecting the city from the attackers.
According to history, the longed-for island of Rhodes, also known as the “Emerald Island”, with its beautiful green vegetation, was the diamond of the Aegean, a trophy that many peoples sought to conquer. 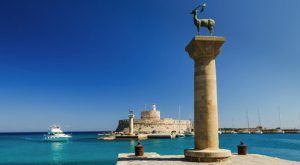 Feel the historical magic of this Medieval city, coming to life as taking shape and drift yourself into the  journey of time with a visit to the thrilling ‘Throne Of Helios’, where you will live the unique 9D view experience through the exciting effects, smoke, vibrations, wind and fire, during the movie that will totally blow your mind! Available in 13 languages!  Enjoy intense moments of action, watching the battles of Rhodes, in an interactive way, lifting your senses like never!

There is variety of films for every preference, with ‘Rhodes Race’ and ‘Throne of Helios‘  most popular of them, lasting 20 minutes and are ideal choices for both adults and children, who want to combine entertainment with history! 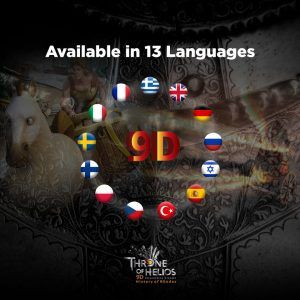 No wonder why Rhodes Greece never fails to surprise travelers from all over the world! 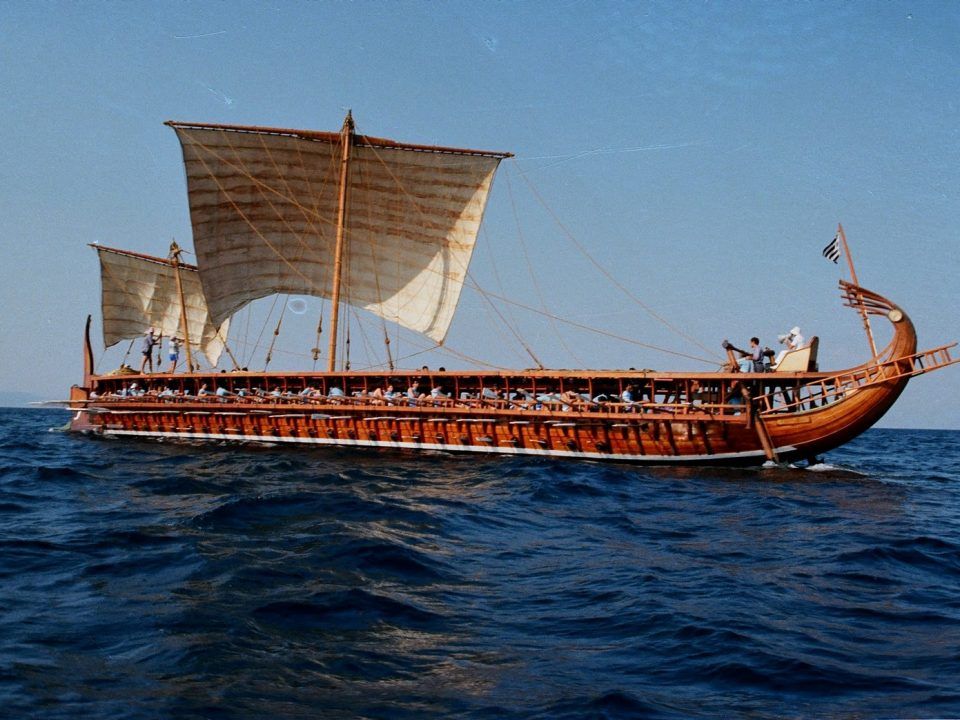 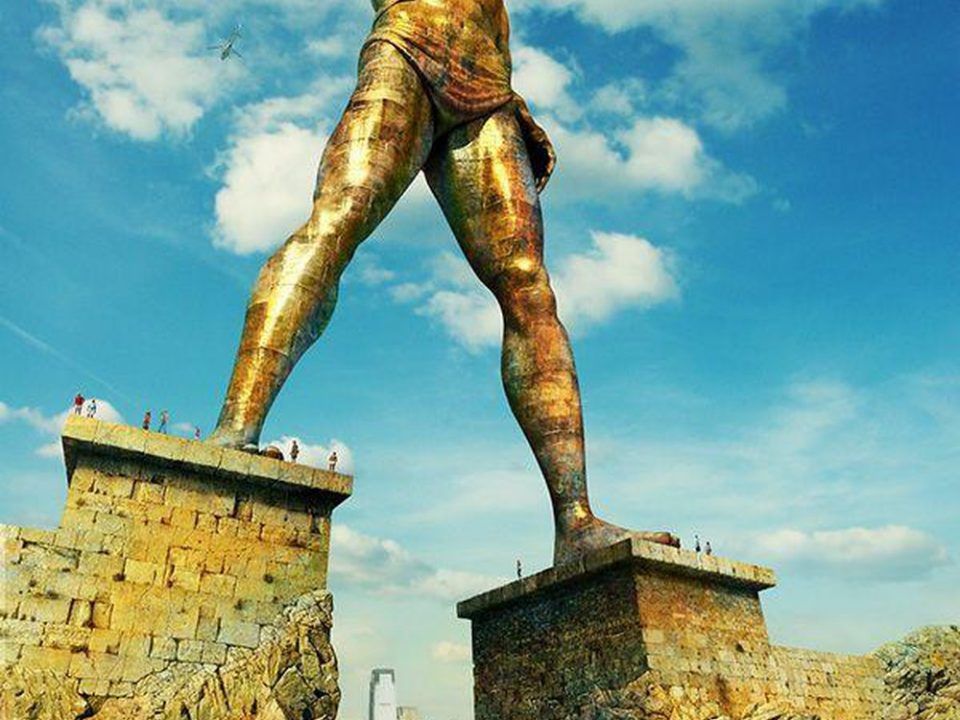 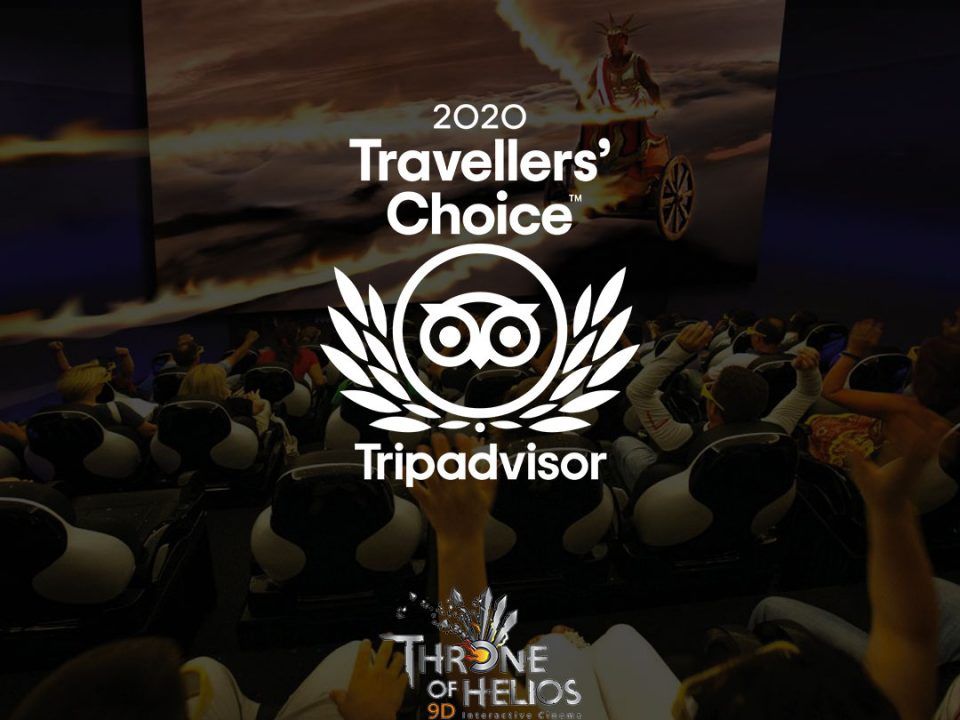